The Republic of Kazakhstan

The Republic of Kazakhstan is a unitary state with the presidential system of government. Under the Constitution, Kazakhstan is a democratic, secular, legal and social state which recognizes the man, his life, rights and freedoms as the supreme values of the country.

Kazakhstan gained independence on December 16, 1991. Astana is the capital city of the country. Kazakh language is the official language of Kazakhstan. The Russian language has the status of the language of interethnic communication. The unit of currency used in Kazakhstan is tenge.

The President of the Republic of Kazakhstan is the head of state, the highest political official, who determines the main directions of the domestic and foreign policy of the country and represents Kazakhstan on the international arena. The President is a symbol and guarantor of the national unity and the state power, inviolability of the Constitution, as well as the rights and freedoms of an individual and citizen.

The Government implements executive powers, heads the system of executive bodies and exercises supervision of their activity.

The Parliament of the Republic of Kazakhstan performs legislative functions and consists of two Chambers acting on a permanent basis: the Senate and the Majilis. 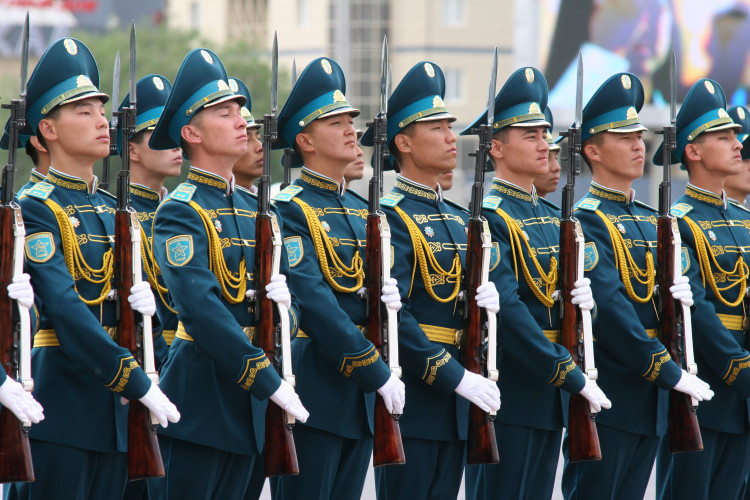 The Senate is composed of deputies, two of whom represent each region of the country, as well as the cities of the national significance and the capital of Kazakhstan. Fifteen deputies of the Senate are appointed by the President with due regard to equal representation of national and cultural and other significant interests of the society.

The country is divided into 14 administrative zones and has 3 cities of national significance. 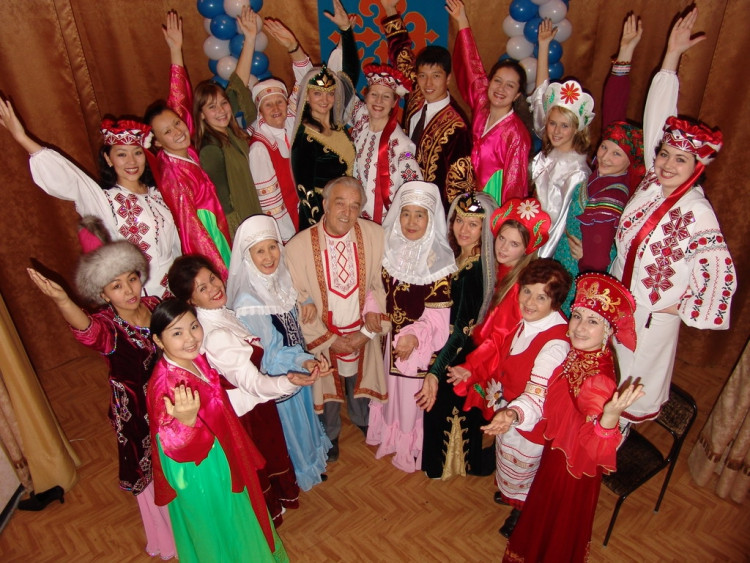 Covering an area of 2.724 million square kilometers, the country has the ninth largest territory in the world. In the north and the west, the country shares border with Russia (7,591 km), with China in the east (1,783 km), with Kyrgyzstan (1,242 km), with Uzbekistan (2,351 km) and Turkmenistan (426 km) in the south. The total length of land border of Kazakhstan with other states amounts to 13,200 km. 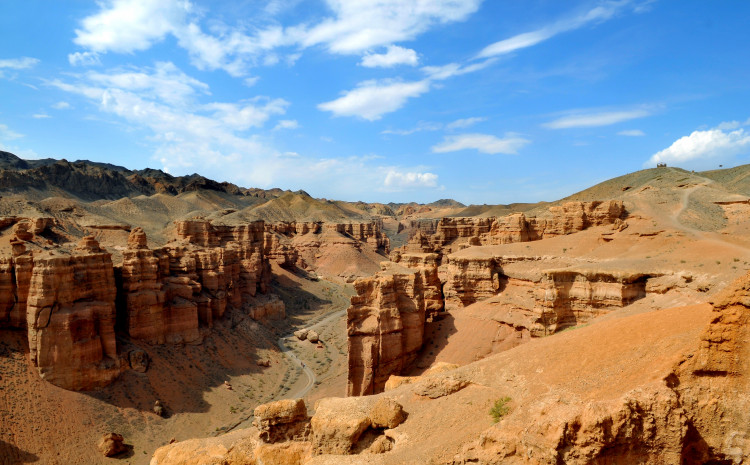 There are more than 5,000 deposits of mineral resources in the country, the estimated cost of which is said to be tens of trillions of dollars. The country is ranked first in the world on explored reserves of zinc, tungsten and barite, second – on silver, lead and chromites, third – on copper and fluorite, fourth - on molybdenum, and sixth - on gold.

Kazakhstan also has significant oil and gas resources and holds the 9th place in the world in proven oil reserves, most of which are located in the western regions. In addition, the country’s uranium and coal deposits are the 2nd and the 8th largest in the world respectively.

Kazakhstan is among the world’s top ten exporters of grain and is one of the leaders in flour export. Nearly 70% of arable land in the north of the country is occupied by grain and industrial crops - wheat, barley, millet. Rice, cotton, and tobacco are cultivated in the south of the country. Kazakhstan is also famous for its gardens, vineyards and melons. Livestock farming is another leading area of agriculture in the country.

Since independence in 1991, per capita GDP has increased 20-fold – from US $700 to US $14,000. According to the British experts, out of 25 of the most dynamic economies of the first decade of the 21st century Kazakhstan is ranked third, leaving behind China and Qatar. According to the World Bank, the country has joined the group of countries with above-average income.

Over the years of independence, Kazakhstan attracted US$ 200 billion of foreign investment, accounting for nearly 70% of the total volume of foreign investments in Central Asia. Foreign exchange reserves of the country at the beginning of June 2015 amounted to about US$98 billion, of which more than US$ 69 billion are a part of the National Fund.

In the World Bank and IFC’s Doing Business 2014 survey, Kazakhstan was ranked the 50th. In the ranking of global competitiveness of the International Institute for Management Development (IMD) in 2015 the country took the 34th place, ahead of Spain, Turkey, Italy and many other countries.

Kazakhstan exports mining products, fuel, energy, the products of metallurgical and chemical industries, along with grain. The main trade partners of the country are Russia, China, Europe and the CIS states.

To diversify its economy, the country has successfully implemented a Programme of Accelerated Industrial and Innovative development, stipulating the modernization of the old enterprises and opening of the new ones.

At the moment, Kazakhstan is implementing a large-scale project titled “New Silk Road” that envisions the revival of the country’s historical role as the major bridge between the two continents. It is also planned to transform the country into the largest business and transit hub of the region. By the year 2020, the volume of transit traffic through Kazakhstan is expected to increase almost twice.

In 2014, the Head of State announced the implementation of the new economic policy “Nurly Zhol”, designed to connect the transit routes in different regions of Kazakhstan, improve and modernize logistics, social and industrial infrastructure.

Kazakhstan has started to implement the Plan of the Nation “100 concrete steps” that involves radical changes aimed at the implementation of the Five institutional reforms. In particular, the programme envisions the formation of a professional state apparatus, ensuring the rule of law, industrialization and economic growth, identity and unity and the formation of accountable government.

At the same time, a large-scale social modernization programme is being carried out in the country implying the construction of new schools, vocational colleges and universities, opening of modern medical clinics and hospitals, improvement of the system of social support.

Currently, the country is home to 130 ethnic groups, and has a successfully functioning advisory body on harmonization of interethnic relations - the Assembly of the People of Kazakhstan. In Astana, the Congresses of Leaders of World and Traditional Religions are held regularly. 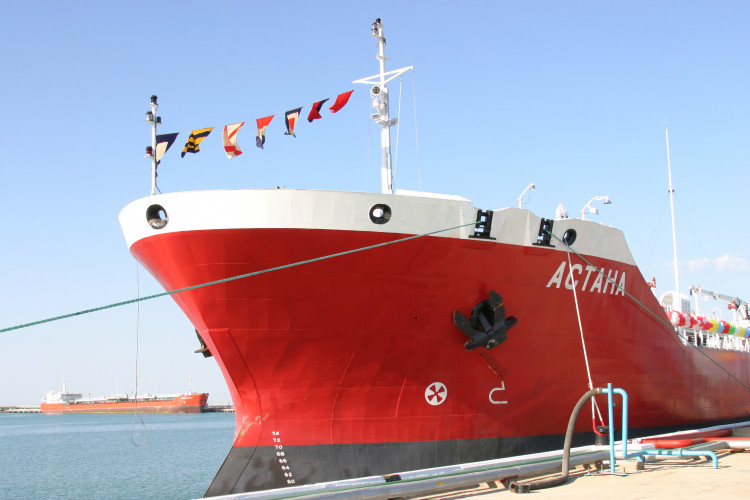 As a leader in Central Asia, the country is making a significant contribution to stability in the region. The country has made great strides on the global stage, which is proved by the presidency of Kazakhstan in the OSCE Summit held in Astana in December 2010. Another significant initiative was the launch of the Conference on Interaction and Confidence Building Measures in Asia, the Asian analogue of the OSCE. Kazakhstan’s activities as the chairman of the Organisation of Islamic Cooperation, the leading organization of the Islamic world got positive feedback from the international community. The country is a well-established leader in the global anti-nuclear movement.

Kazakhstan is a member state of the Eurasian Economic Union.

The basis of Kazakhstan’s prosperity is the stable growth in all sectors of its economy, international recognition and political stability. Kazakhstan is a country looking into the future, which retains its culture, traditions and successfully realizes its huge creative potential in the nowadays dynamic world.