Executive Office of the President

Special Envoy of the President of the Republic of Kazakhstan for International Cooperation Erzhan Kazykhan paid a working visit to Bratislava to discuss the prospects for further strengthening cooperation between Kazakhstan and Slovakia.

Slovak partners highly appreciated Kazakhstan’s success in the development and introduction of its own vaccine against COVID-19, “QazVac”. The parties also discussed issues of mutual recognition of vaccination passports.

During the meetings, they noted the great importance of political modernization in Kazakhstan, carried out at the initiative of President Kassym-Jomart Tokayev. The Special Envoy of the Head of State stressed that Kazakhstan’s strategy is aimed at promoting democratic values, human rights and the rule of law in accordance with the concept of a “hearing state”. 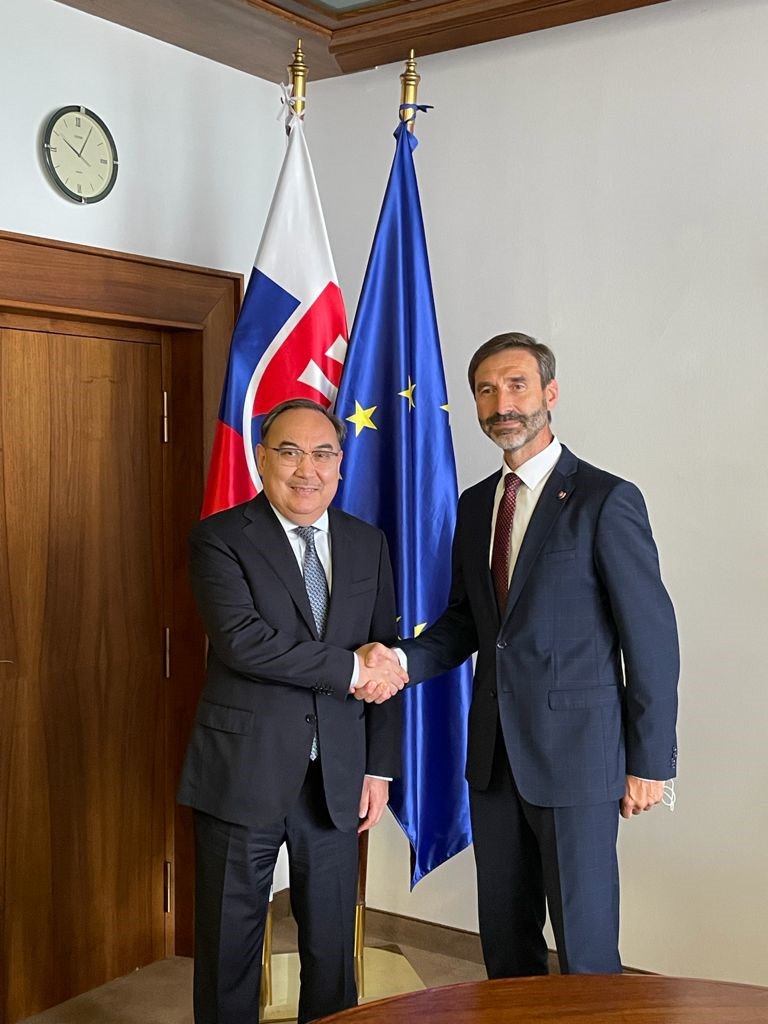 At the meetings, a thorough exchange of views took place on topical issues on the international agenda, including issues of global and regional security, the efforts of the world community to stabilize the situation in Afghanistan. The importance of further close and effective international cooperation in providing humanitarian assistance to Afghanistan, including through the UN, EU and international financial institutions, and the constructive role of Kazakhstan in these processes were emphasized.

During the visit, Special Envoy Kazykhan took part in a meeting with heads of Slovak companies doing business with Kazakhstan. The areas of mutual interest for entrepreneurs of both countries are engineering, including the defence industry, energy, green technologies, engineering, IT, agriculture, waste processing, pharmaceuticals and tourism. Work in these areas is carried out within the framework of the Intergovernmental Commission on Economic, Scientific and Technical Cooperation, the next meeting of which is planned in Bratislava in the first quarter of 2022. It was noted that already today about 30 companies with Slovak participation are working in Kazakhstan, and this number will increase. 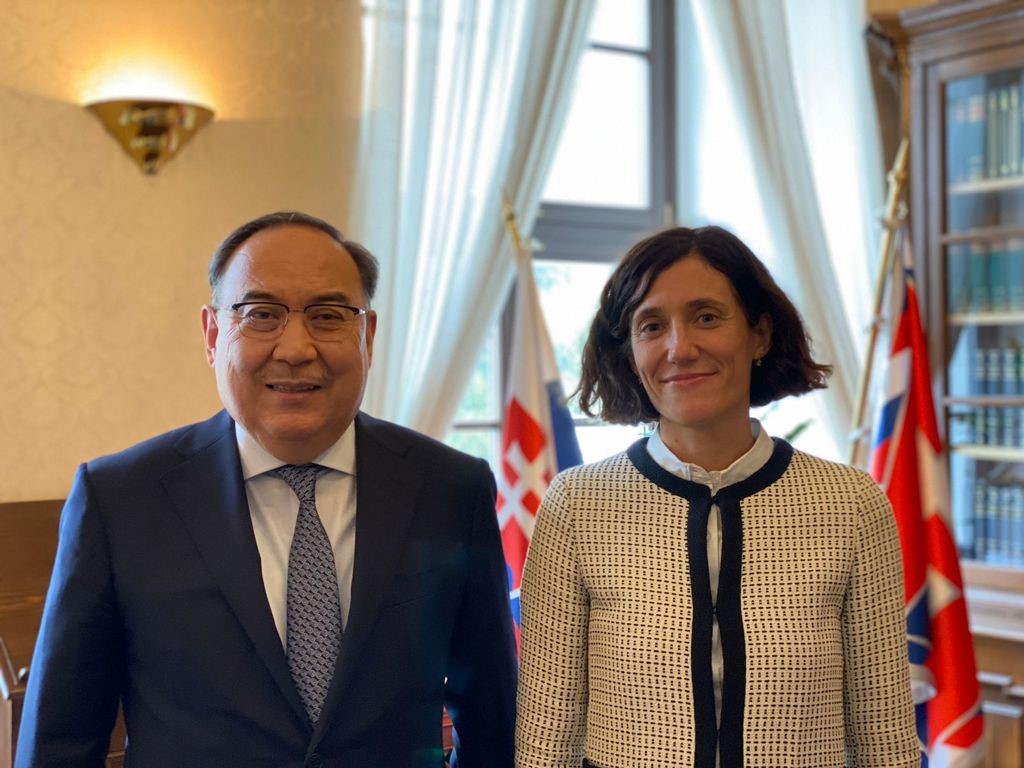 During the visit, E. Kazykhan also gave an exclusive interview to the editor-in-chief of the news and analytical portal Finančné Noviny, in which he outlined his vision for the further development of cooperation between Kazakhstan and Slovakia and the European Union, in general, as well as the main directions of economic development of the state.